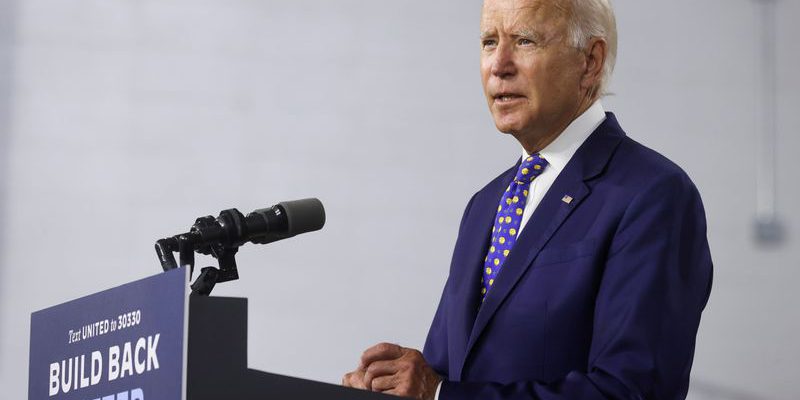 The S&P 500 has is on pace to rise 10% during Biden’s first 100 days, surpassing gains in the same time period for any president in the last four decades.

Counting the benchmark stock index’s advance from election day to Biden’s 100th day in office, the index has risen about 25%, making for “the greatest post-election equity gains of any incoming president in at least 75 years,” according to analysts at J.P. Morgan.

Of course, the market has been on a strong upward path since tumbling last March in the wake of the coronavirus, with the S&P rallying 90% from its lows in 2020 on a combination of massive stimulus from the Federal Reserve and U.S. lawmakers and helped by strong interest from homebound retail investors.

Still, many market watchers believe at least some of the market’s gains this year are attributable to the $1.9 trillion in stimulus Biden has already pushed through, as well as a proposed $2.3 trillion infrastructure plan.

While stocks soared on growing investor appetite for risk, the safe-haven dollar languished. The greenback is on pace for a gain of 0.1% gain against a basket of six major currencies, the smallest change ever in the first 100 days for any president over the last four decades.

Near zero U.S. interest rates and the Fed’s assurances of maintaining an accommodative stance for as long as it takes for the U.S. economy to heal have been among the factors weighing the dollar down.

The greenback did receive some support from a sharp climb in Treasury yields over the first quarter that pushed speculative investors to cut bearish bets on the U.S. currency.

That move in yields has stalled in the second quarter, however, leaving the dollar floundering once again.